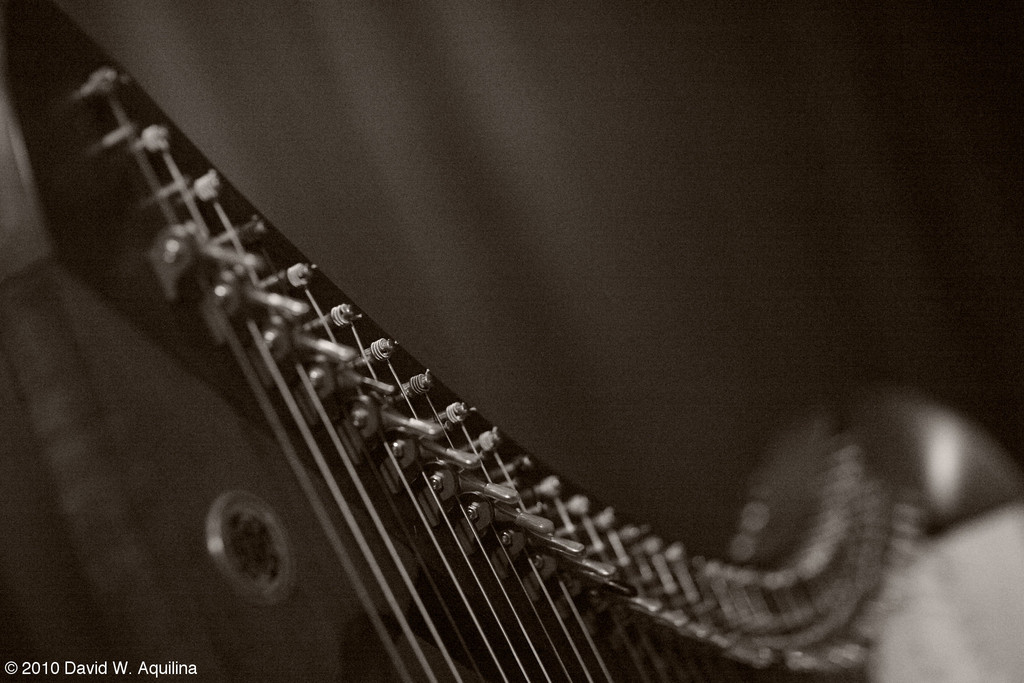 Walter Sickert and the Army of Broken Toys released a new CD, SteamShipKillers (BandCamp link) Friday night. Jaggery, who had just recently released a Double-Single, opened. Two of my favorite Boston-based bands in one place? Bliss. 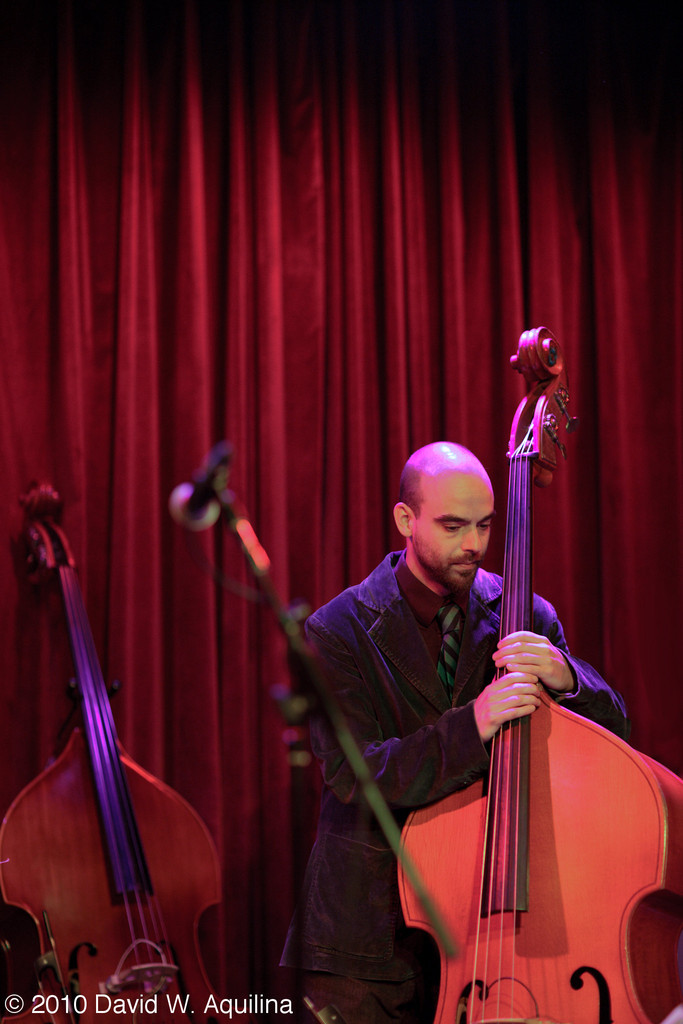 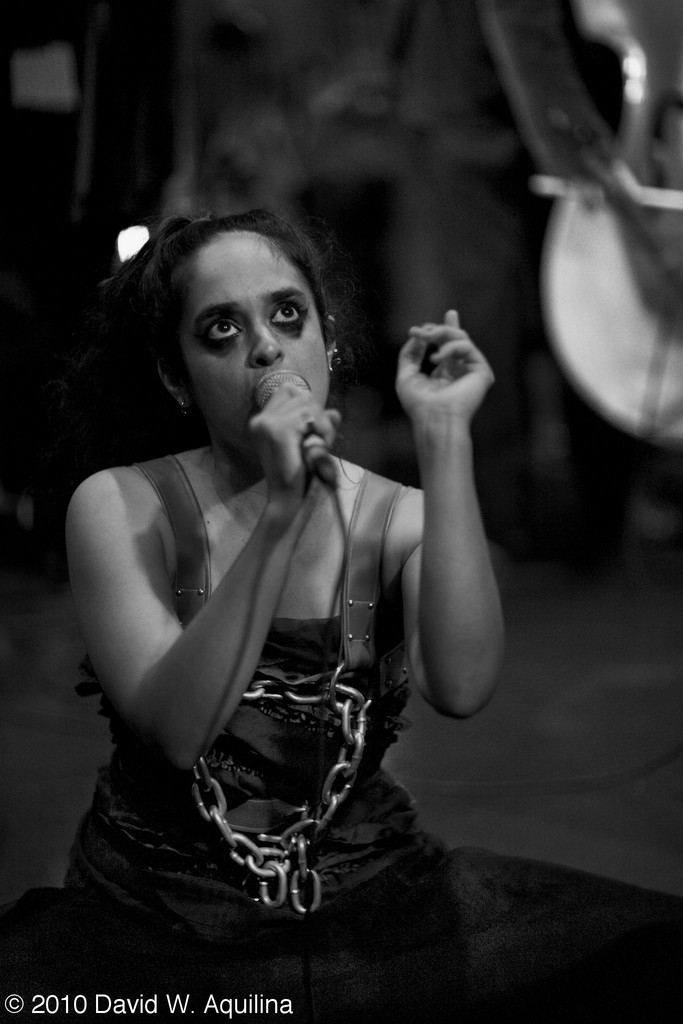 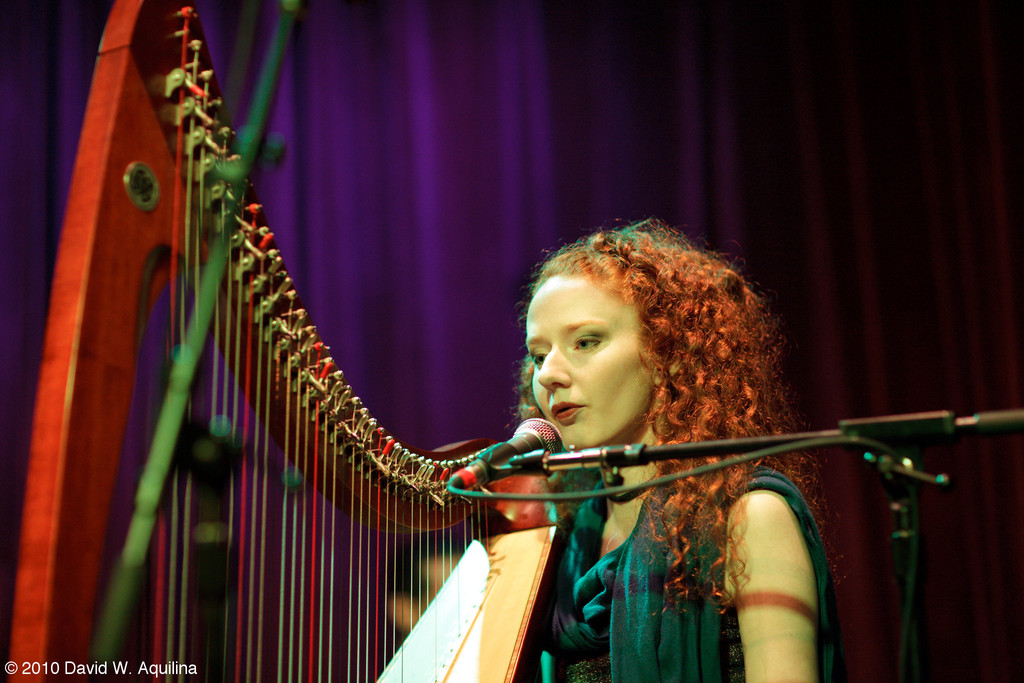 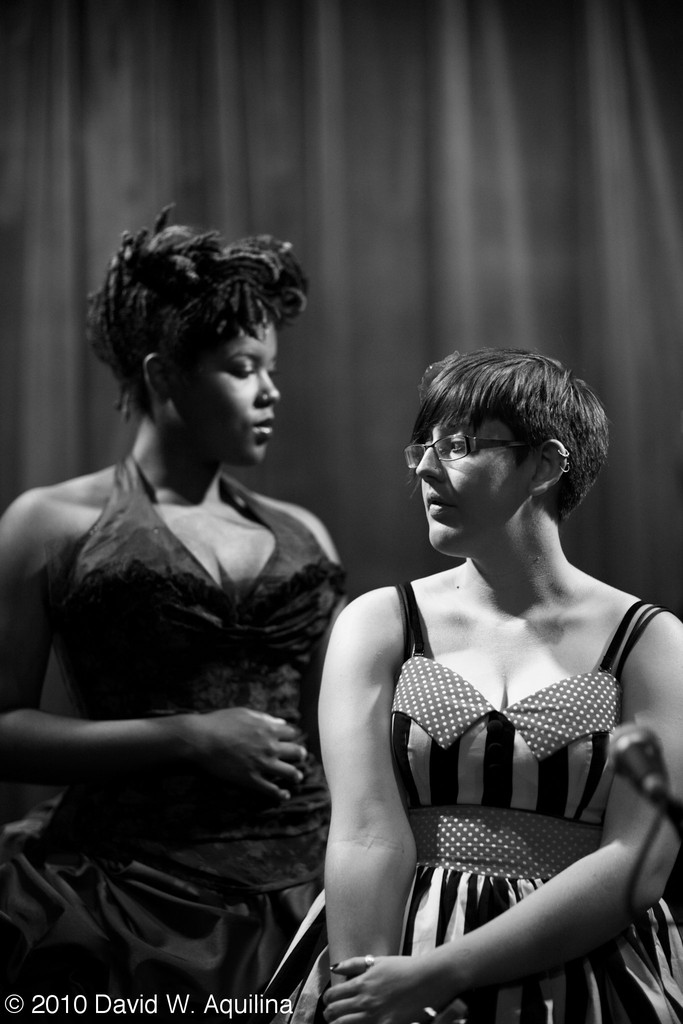 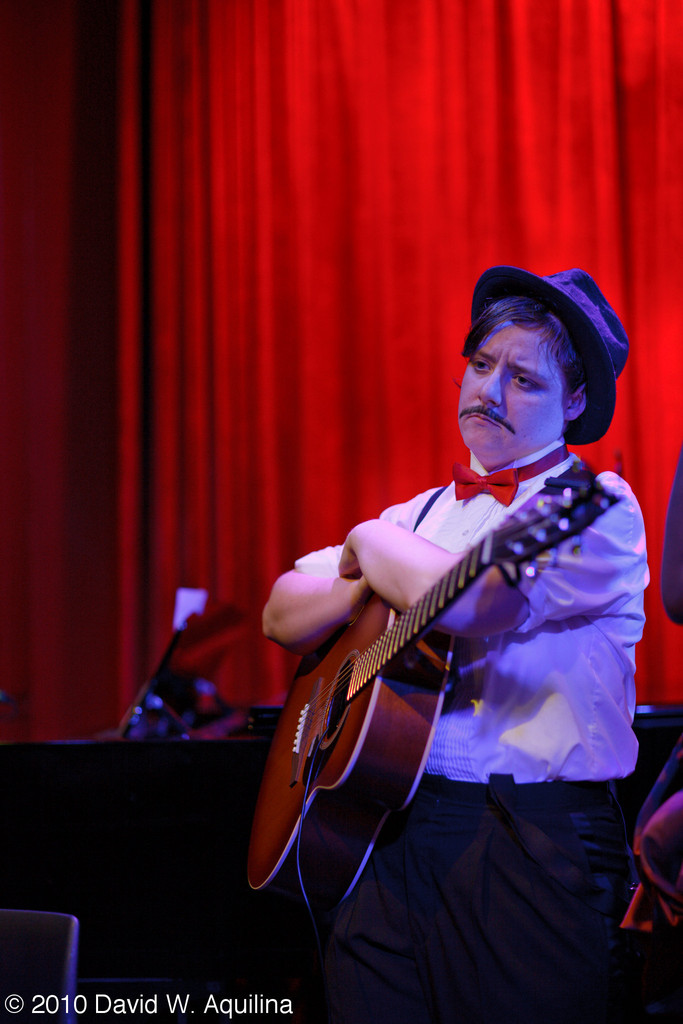 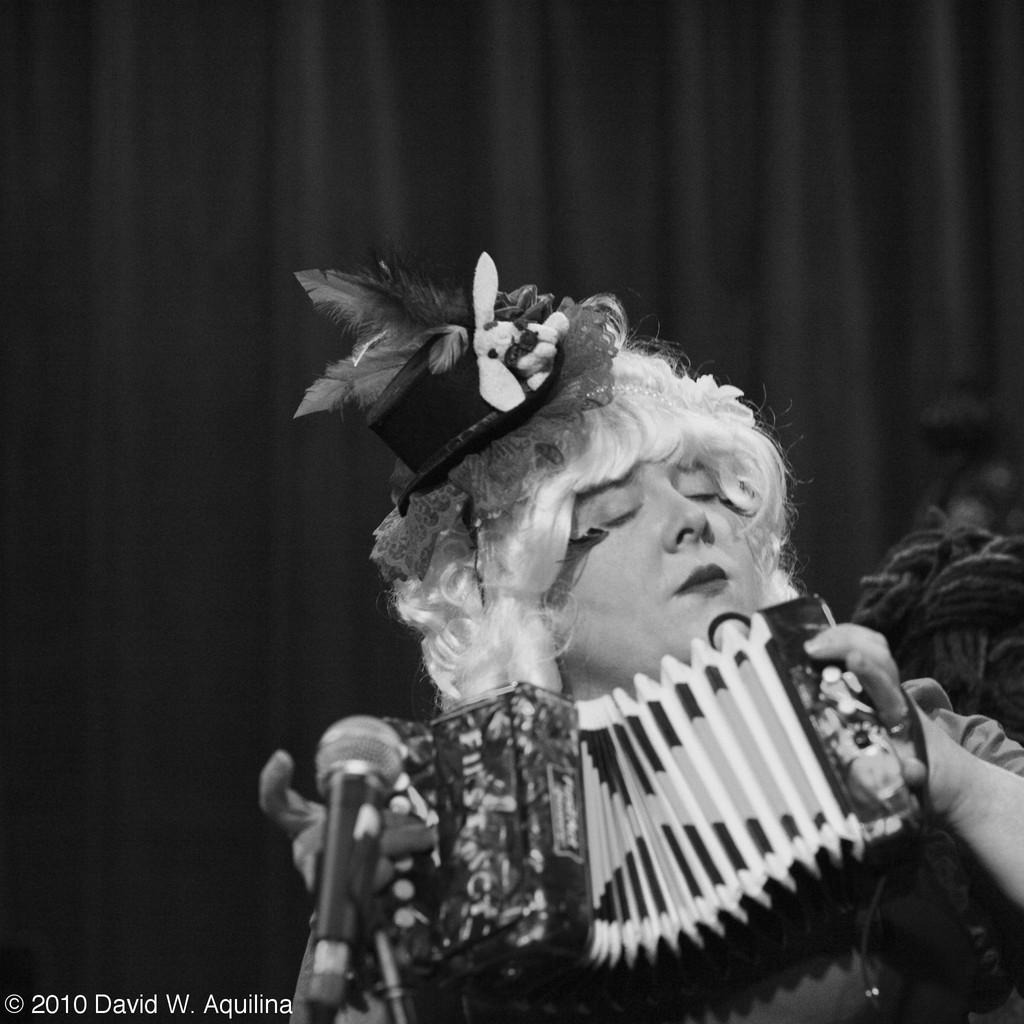 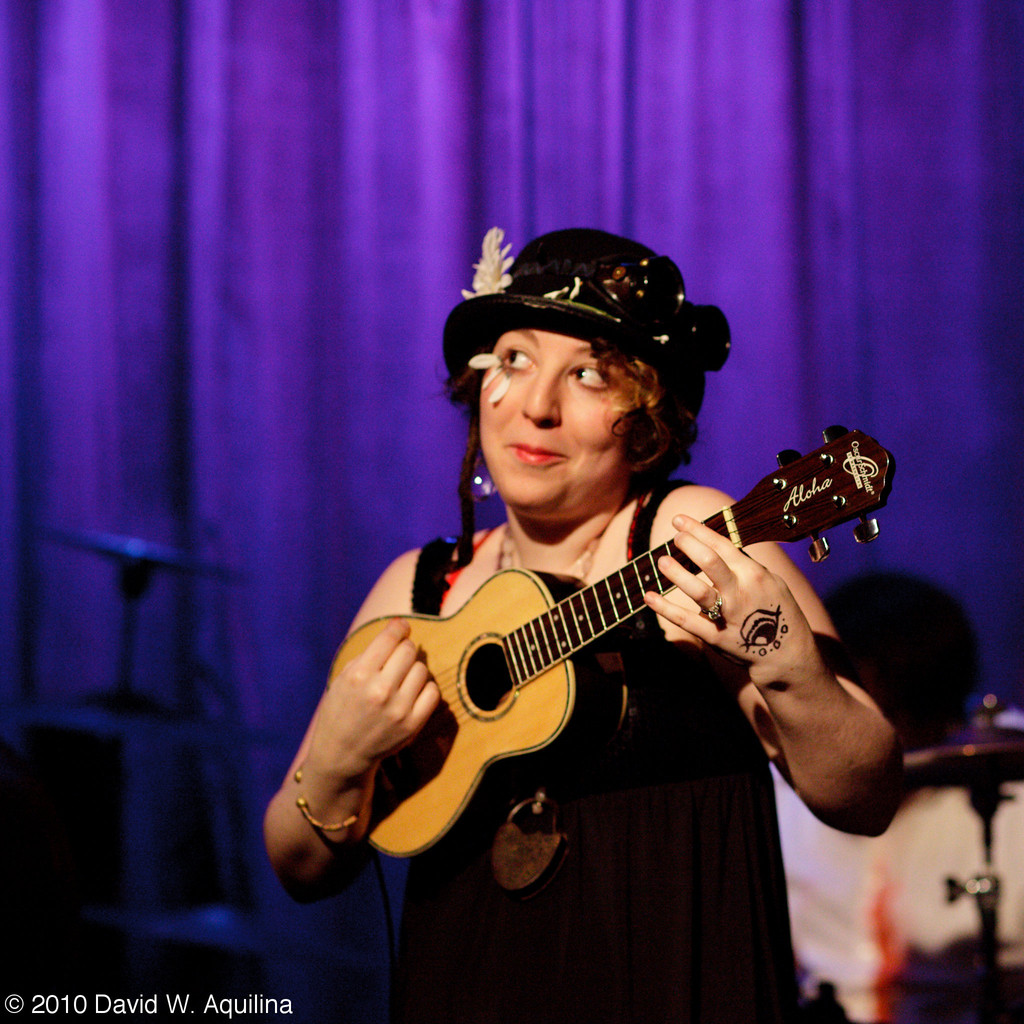 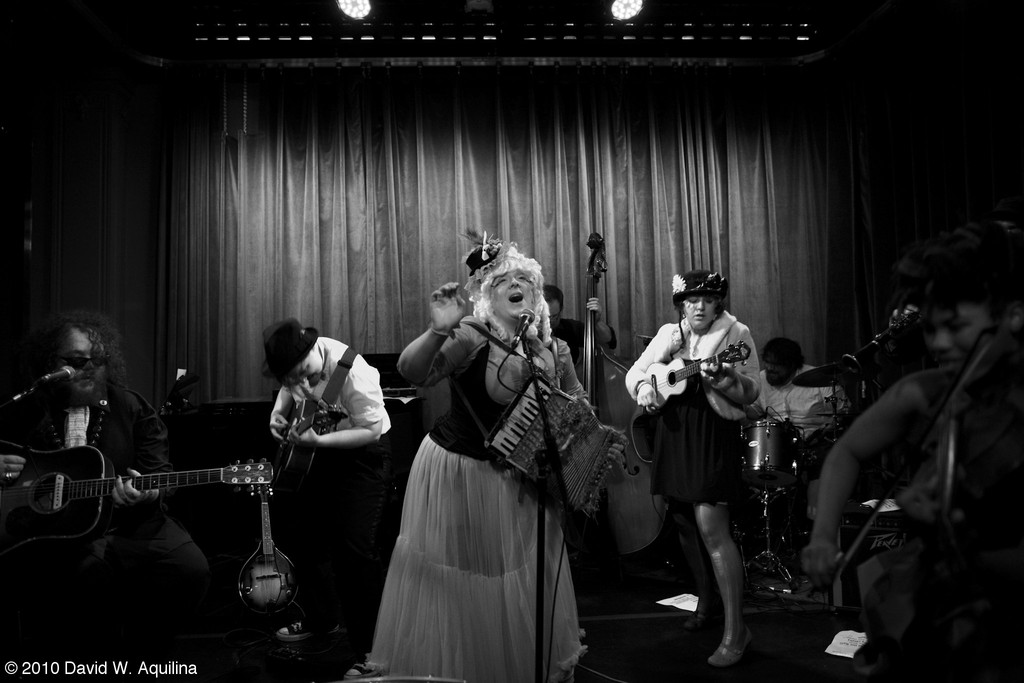 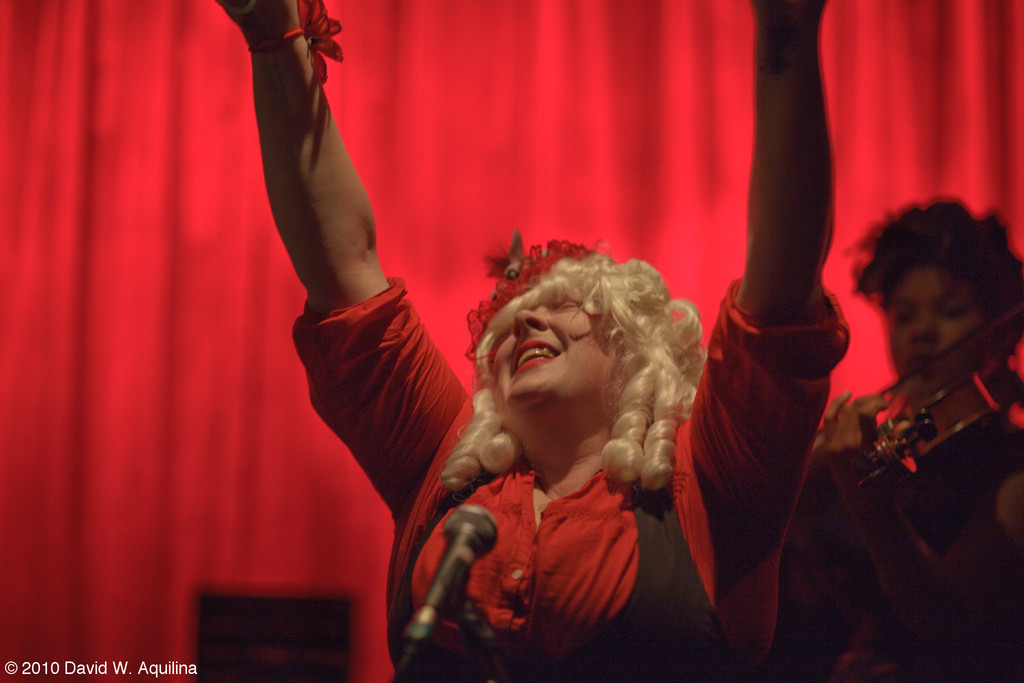 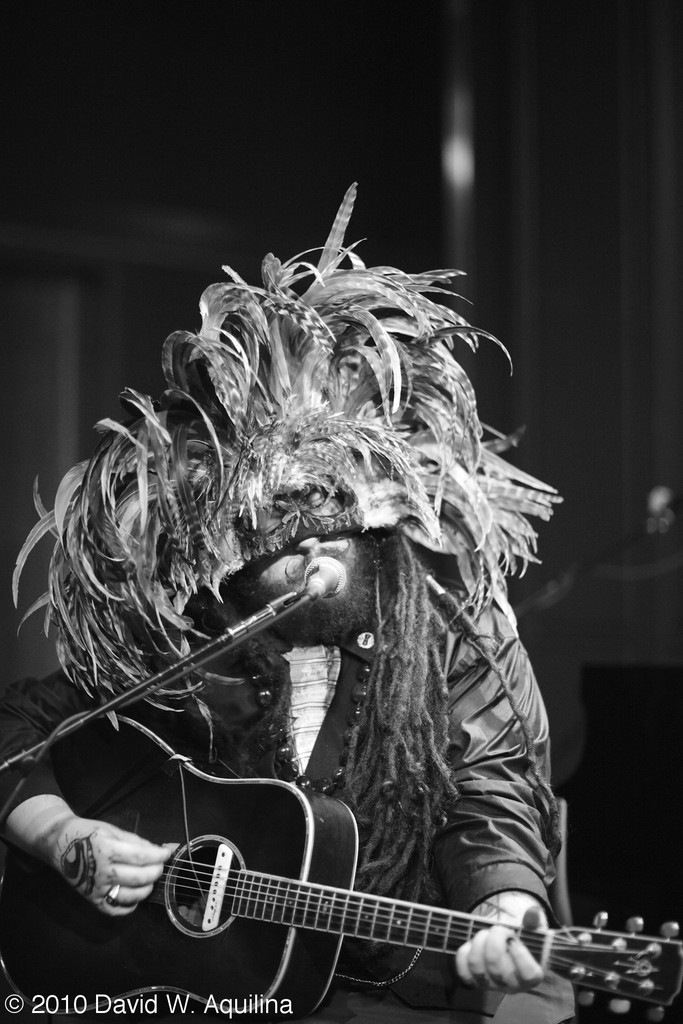 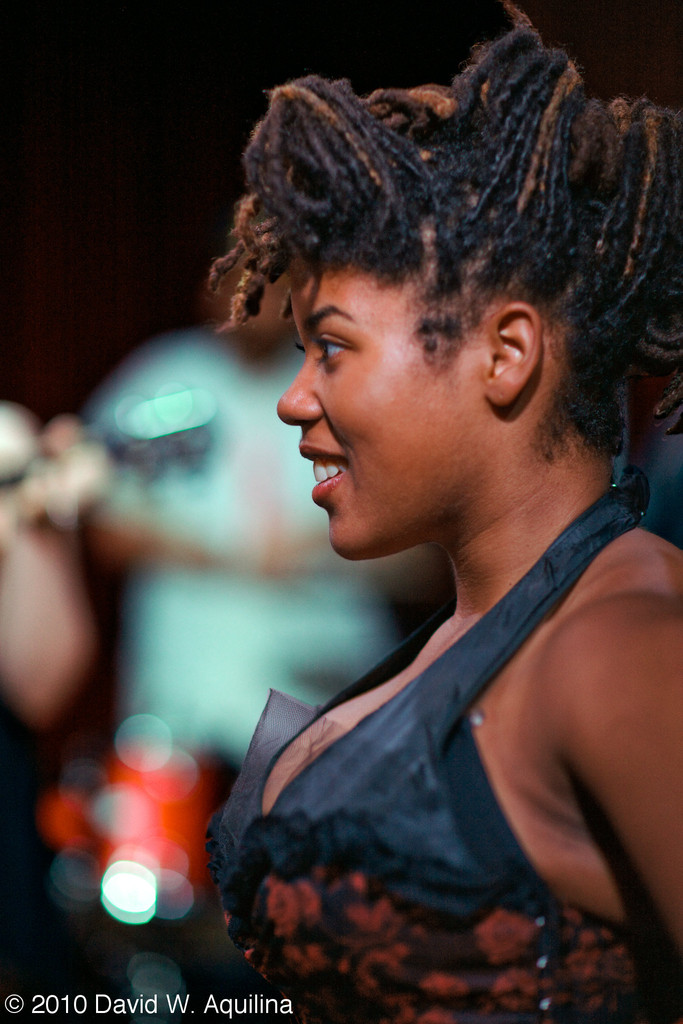 There’s more in the full gallery, including one with a mostly naked girl. Bet that got your attention, eh?

I keep shooting these guys because they and their live shows are Made of Utter Awesome; they’re on a mini-tour in the northeastern US as I type. Dates are on the front page of their website!

My muse was elusive at Friday night’s Jaggery & Sxip Shirey show at Cafe 939, but a couple came out well enough to share. I’m particularly happy with this first portrait of Sxip as he listened to Jaggery play: 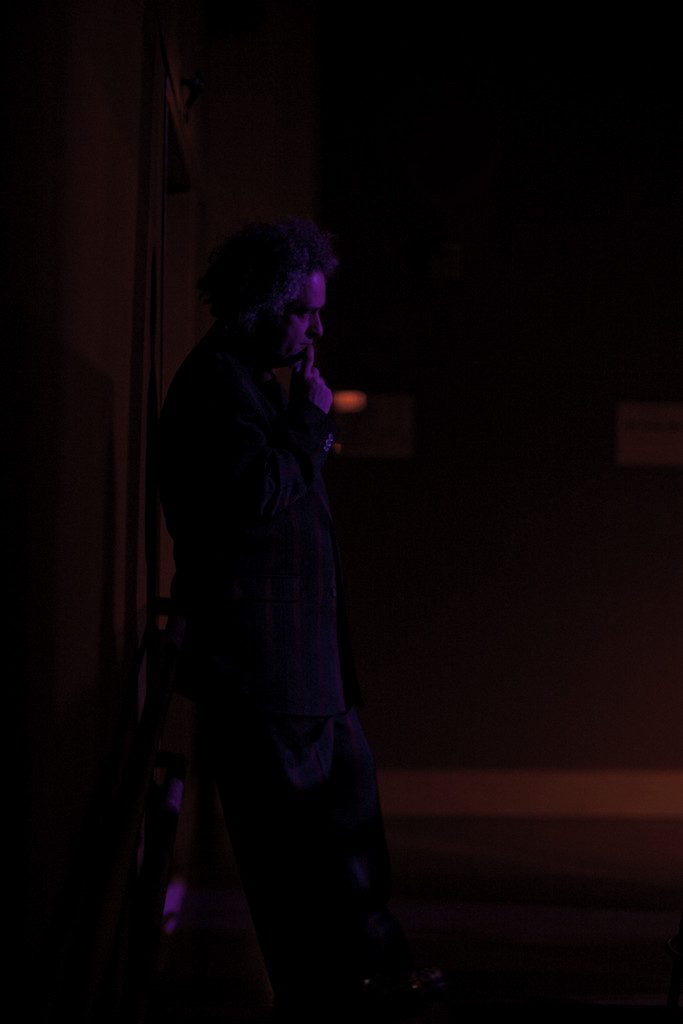 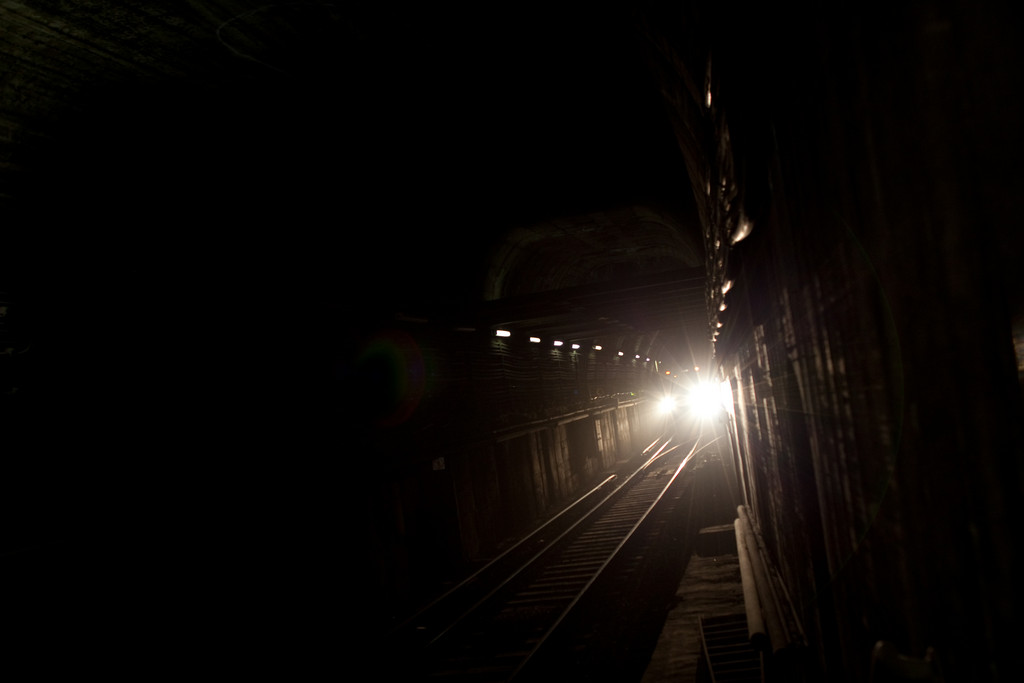 A while ago I had rented the Canon TS-E 90mm f/2.8 lens. Why? I wanted something fun to play with, and had always been curious about the TS/E lenses. The 90mm also had a reputation for being very sharp (which it was!) and it had a high maximum magnification as well.

The tilting mechanism was what I was most interested in, and was also the weirdest thing about the lens. The plane of focus does *not* stay parallel to the lens as you tilt it. It also moves as you focus the lens in addition to as you tilt it. It’s still usable hand-held but when it’s absolutely critical you nail the plane of focus, a tripod is in your future. A good explanation of how tilt works can be found here from Northlight Images.

When you abuse the tilt, you can blur the heck out of an image like so:

END_OF_DOCUMENT_TOKEN_TO_BE_REPLACED

I haven’t given up on getting good photos out of the T. Can you spot the self-portrait hiding in there?

And for lack of a better place to put them post them, a couple of shots on the way to/in the North End:

On an equipment related note I picked up the battery grip for my camera a little while ago – while it makes it a lot more bulky it fits my hands and handles much more nicely. It also makes my camera bag quite cramped, I might need a bigger one soon (any suggestions are welcome). I’ll also be renting the 90mm T/S-E lens this week, so expect to see some experimentation from that in the near future!

Last month I had focused most of my photographic efforts on the garden along the path I walk every day and had been really pleased with the results. So next I had decided to try and focus on the MBTA and at best I’ve been frustrated. There’s probably a few reasons it hasn’t been working out quite as well – I’m usually rushed and stressed when I’m using the T, and everyone else around me is too. I also try to avoid pointing my camera at people who are just out and about, and (surprise!) there’s people on the T.

As it turns out, July 4th in Boston is a somewhat popular event! I wandered through the Cambridge side of the Charles for them and the crowds might have been more impressive than the fireworks show itself. This was the scene on the way back:

Since I wasn’t exactly sure where I was going I elected to leave the tripod at home. On one hand this was a good idea — I ended up walking about 6 miles last night — but I wasn’t entirely happy with the pictures I was getting handheld. So I put the camera into movie mode, parked the camera on my shoulder, and enjoyed the show through my eyes.

So while I don’t have a bajillion photos to sort, now I have to figure out what to do with a few gigs of video. Have a screen cap:

Somerville is having its own fireworks show on the 9th (originally planned for the 2nd but rained out) and I’m planning on being there, this time with a tripod!

Last month I had gotten lucky looking for tickets for the New England Aquarium’s whale watching cruises – there was a sunset cruise listed on the ticketing site, but it wasn’t advertised on the Aquarium’s website itself! Probably as a result of that the boat was fairly empty, hardly had to jockey for position at all, and I’m pretty pleased with a couple of the images I got:

Just a couple from around the city that I thought worked pretty well as black and white images: